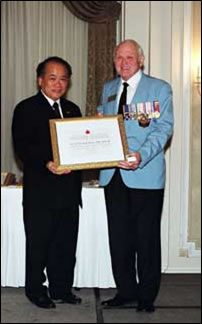 Soldier, author and historian, Colonel John Gardam was born in England in 1931, and immigrated to Canada in 1946, where he began a long military career the following year when he joined the Reserve Army.

In 1951 Colonel Gardam enlisted in the Regular Forces as a trooper with Lord Strathcona's Horse (Royal Canadians). He was selected for officer training in January 1952, and was commissioned in the Royal Canadian Dragoons.

A UNEF peacekeeper, Colonel Gardam has served in a wide range of command and staff appointments in Canada. He commanded the Officer Candidate School at Canadian Forces Base Chilliwack, and has the distinction of being the first Director of Cadets at the Royal Military College, Kingston, who was not an RMC graduate. He earned his Bachelor of Arts degree from the University of Manitoba in 1979.

Colonel Gardam retired from the Canadian Forces in 1984. He was appointed to the Commonwealth War Graves Commission, Canadian Agency as the Assistant Secretary General, where he was responsible for all the War Graves in North America. 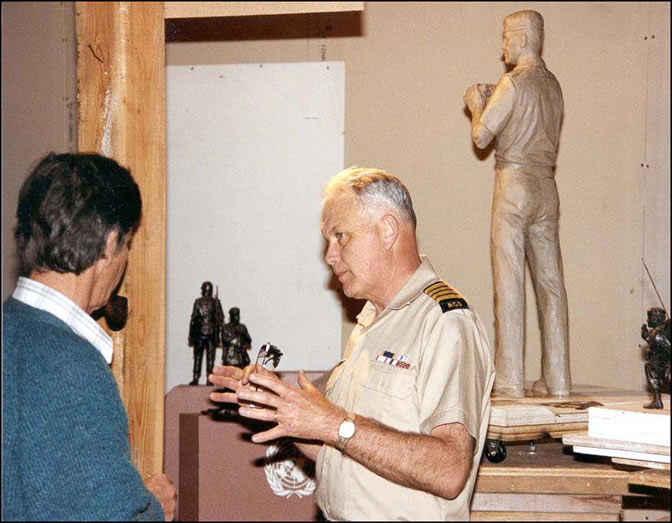 He was next appointed as Project Director for the Canadian Peacekeeping Monument, a position he held until December 1992. Colonel Gardam was then appointed to be the Program Director for the Department of National Defence component of the Canada Remembers program 1993 – 1995. He was awarded The Minister of Veterans Affairs Commendation for this project.

In 1998 he took a group of Ortona Veterans to Ortona, Italy for the reenactment of the Christmas dinner held there in 1943. He was a Department of National Defence Advisor for the Unknown Soldier project, and marched in the parade representing all retired peacekeepers.

In 2009, the Ottawa Chapter of the Canadian Association of Veterans in United Nations Peacekeeping (CAVUNP) was named after Colonel John Gardam.

For over decade, Colonel Gardam was the Curator for the National Peacekeeping Monument.  He retired from this position in 2011.

He continued to be involved in many projects, one being the newly formed Wreaths Across Canada.  He has since retired from this position.

In 2012, His Excellency the Right Honourable David Johnston, Governor General of Canada, awarded Colonel John Gardam with the Order of Canada.

Colonel Gardam has been a member of the Royal Canadian Legion for over thirty years.