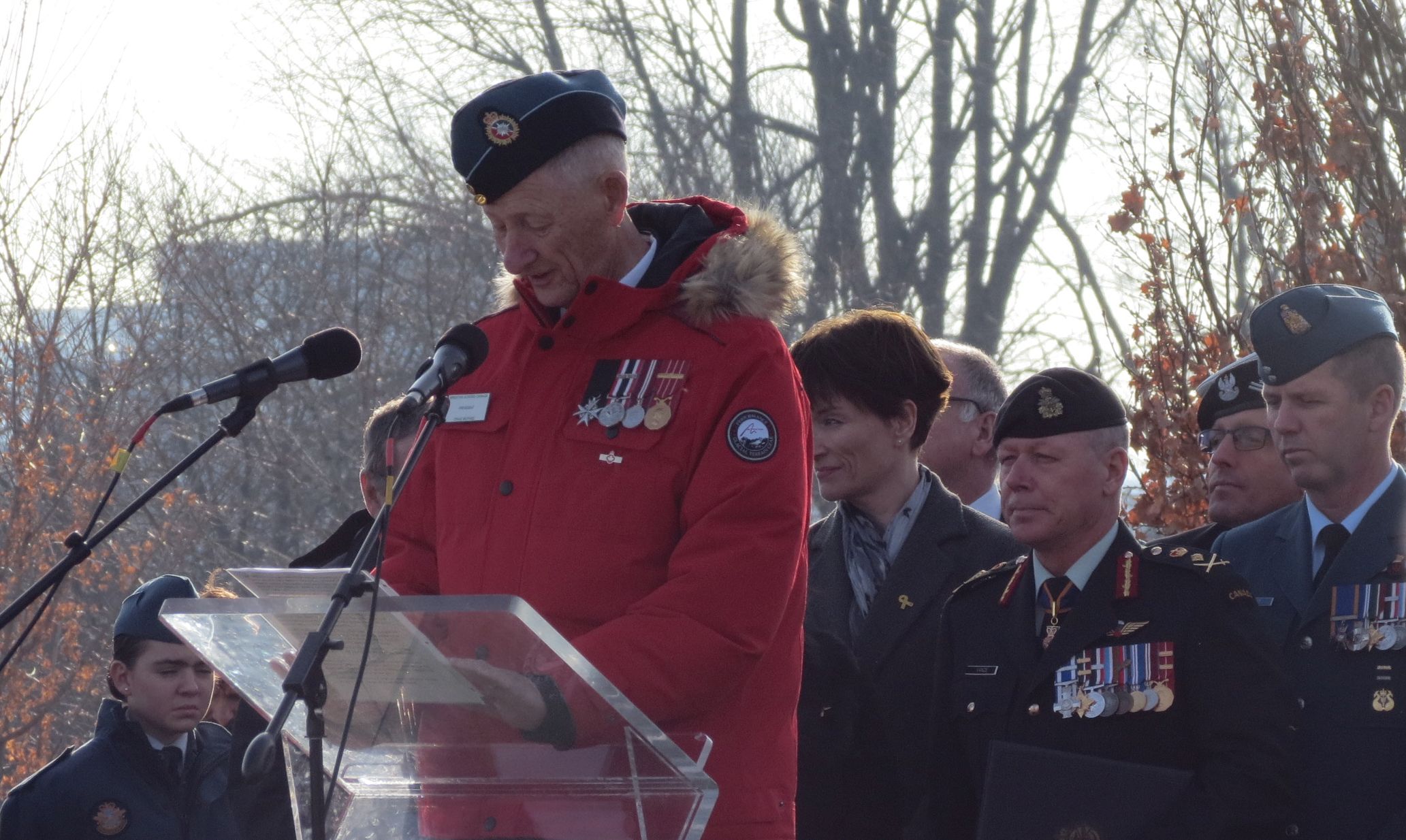 Mr. McPhee, received his first post at Air Transport Command Headquarters in Lachine, Québec, and was then posted to the 41st NORAD Division in North Bay, Ontario. This was followed by a tour of duty, as an instructor, at the Canadian Forces School of Intelligence and Security, at Camp Borden, and did tours at the National Defence Headquarters in Ottawa for a total of 13 years.

Upon retirement in 1982 from the RCAF, Mr. McPhee joined Grand & Toy, and became one of the company’s top salesmen, and was pronounced as “Salesman of the Year for Canada” in 1989.

As the Founder and President of Wreaths Across Canada, Mr. McPhee has demonstrated outstanding support and appreciation to the Canadian Armed Forces through his work. In 2011, Mr. McPhee presided over the first annual wreath laying ceremony that was held at the Beechwood National Military Cemetery, located in Ottawa, Ontario, to honour the deceased men and women of the Canadian Armed Forces.  WACMission is to honour over 225,000 Canadian Forces members that lie in military cemeteries across Canada by placing a balsam wreath at each headstone of our departed heroes of the Canadian military.  This commemorative ceremony is carried out each year on the first Sunday in December.

In September 2015, Mr. McPhee appointed Mr. Stéphane Ouellette, President and CEO, Merchant Navy Commemorative Theme Project (MNCTP), to the National Board of Directors of Wreaths Across Canada (WAC). In addition, Mr. Ouellette established a new WAC Chapter at Notre Dame Cemetery, in Ottawa, and presided over its inaugural ceremony.

Mr. McPhee has been a Brother of the Masonic Order for 48 years, both in Canada and Germany. He also is a Past Noble of the Heidelberg Shrine Association, and with the Tunis Shrine Temple in Ottawa, Ontario. Mr. McPhee was also awarded the Saint John’s Order of Jerusalem Medal by Governor General Romeo LeBlanc for saving two lives.